Malicious spam (malspam) with malware disguised as a resume.  This is a long-running theme frequently used by criminals to push various types of malware.

My Online Security reported about a recent wave earlier this month on 2017-11-10.  These resume-themed emails contain Word documents with malicious macros, and the macros are designed to infect your Windows computer.  Recent macros associated with this campaign have used 89.248.169[.]136/bigmac.jpg to retrieve malware used to infect a victim's computer.  When I checked, that URL returned a Windows executable file, and it has hosted different types malware since it was first reported back in October 2017. 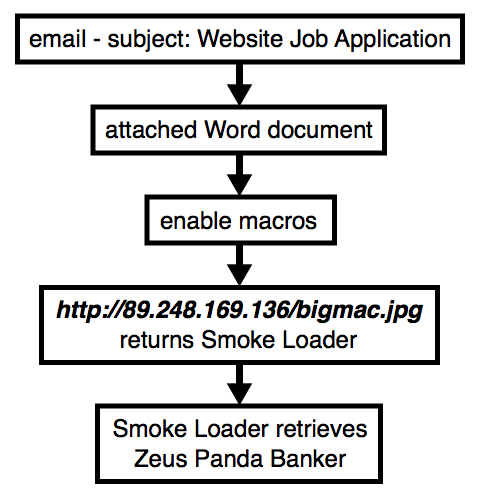 Shown above:  Flow chart for the infection traffic.

What's the malware this time?

Shown above:  Smoke Loader sample identified as Dofoil by Microsoft.

Shown above:  Screenshot from a spreadsheet tracker. 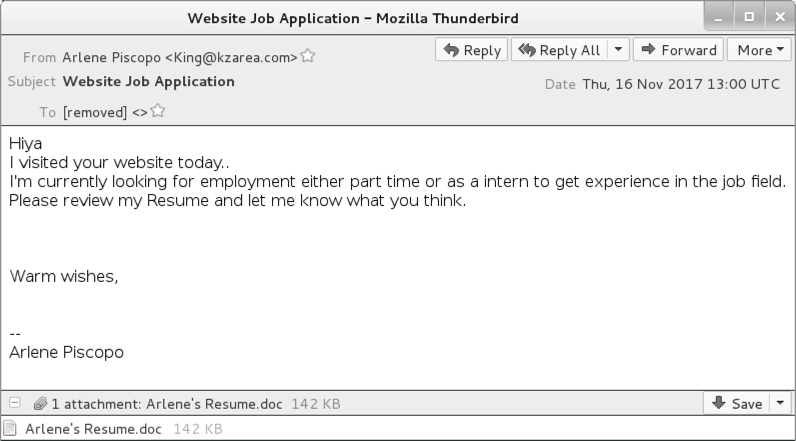 Shown above:  Screenshot from one of the emails. 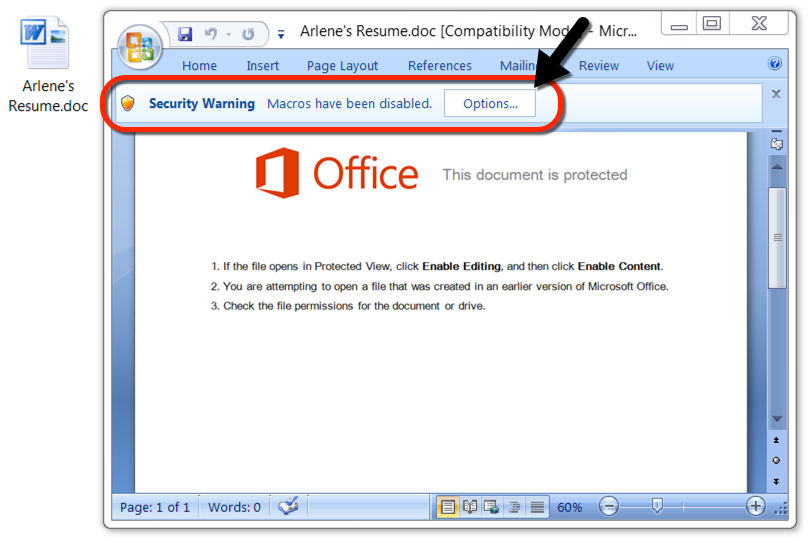 Shown above:  Attachment from one of the emails.

The Smoke Loader sample didn't run on a virtual machine (VM), and it didn't do anything when submitted to publicly available sandboxes like www.reverse.it.  I had to generate infection traffic on a physical Windows host.

From a physical host in my lab, the Word document macro downloaded Smoke Loader, and Smoke Loader downloaded Zeus Panda Banker.  Network traffic and the associated alerts confirmed this activity. 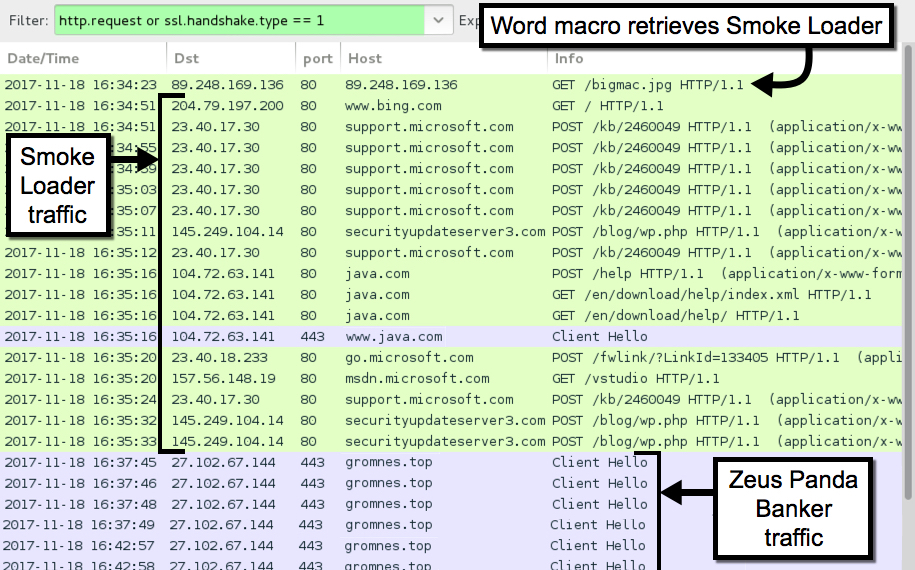 Shown above:  Alerts from the traffic in Sguil on Security Onion using Suricata and the EmergingThreats Pro ruleset. 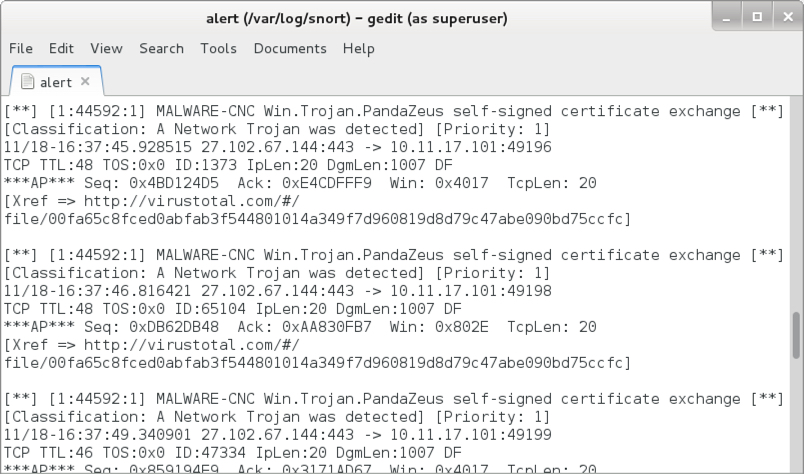 The following traffic to legitimate domains was generated by Smoke Loader:

The following traffic to malicious domains was noted during the infection.

The following file hashes were noted for Word documents from this malspam:

The following file hash was noted for Smoke Loader from this infection:

The following file hash was noted for Zeus Panda Banker from this infection:

Malspam uses a variety of attachments and techniques to distribute malware.  I've seen a lot of Word attachments from malspam in recent weeks, and malicious Office macros are a common method.  However, these macros are fairly obvious, and educated users can easily avoid them.  Additionally, system administrators and the technically inclined can implement best practices like Software Restriction Policies (SRP) or AppLocker to prevent these types of infections.

Email, malware, and traffic samples for today's diary can be found here.

Keywords:
0 comment(s)
Join us at SANS! Attend with Brad Duncan in starting